“Who except God can give you peace? Has the world ever been able to satisfy the heart?” 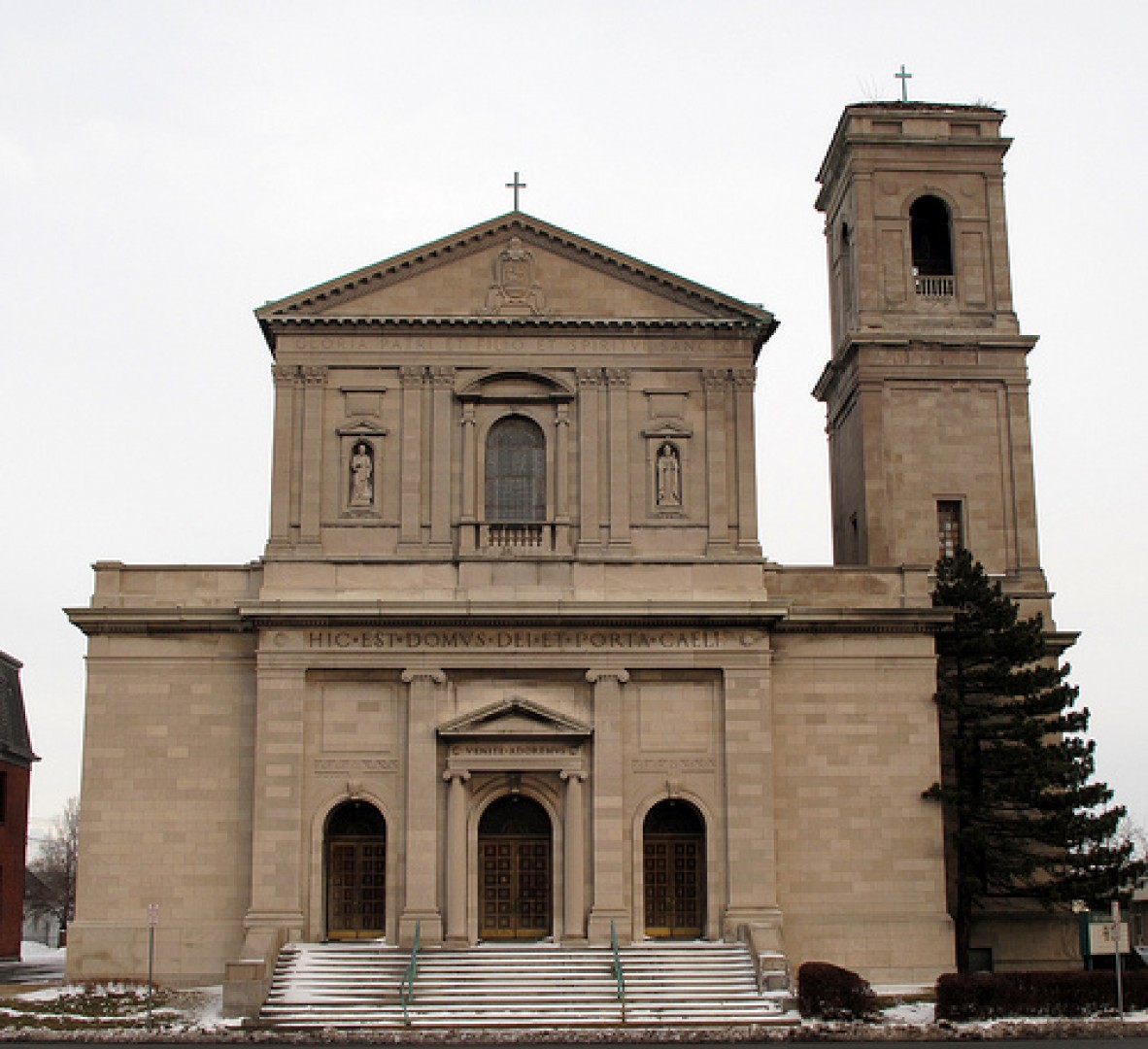 "St. Gerard's was the center of our life.  It was where everyone gathered.  It did not take a village to raise a child, it took a community -  The St. Gerard Community."  Sister Judy Beiswanger  - Alum

St. Gerard's Parish was not only a house of worship but it was a prayer consisting of stone, plaster, wood and glass.  A prayer offered by all who sacrificed so that it could be built.  A prayer by those whose hands shaped it and a prayer by those who came to enjoy and worship in one of the most magnificent houses of God.

Father William Schreck was directed by the Most Reverend James Edward Quigley, Bishop of Buffalo, on March 8, 1902, to organize a new parish on the East Side of Buffalo.  Through the generosity of the Gerhard Lang Family, land at the corner of Bailey and Delavan Avenues was given for a new church.

On June 5, 1902 ground was broken for a combination church and school building.  Three days later the first Mass of the newly created parish was celebrated in a small grocery store at 1191 East Delavan Avenue.  This store served as school and rectory until the actual school was completed.

The Bailey Delavan neighborhood began to grow, and it was apparent by 1911 that in order to serve this growing community a new church would need to built.  On September 24, 1911 Bishop Charles Colton laid the cornerstone for St. Gerard's new church.

St. Gerard Church was an example of a Romanesque Basilica with a Renaissance facade.  The interior was adorned with superb artwork, stations of the cross and unique stained glass windows.  In what was the baptistry was a stained glass window of Christ blessing the children.  The face of the child seated on Jesus' lap is that of Marcia, the grand niece of Father William Schreck in whose ministry St. Gerard Church was built.

For over 100 years St. Gerard Church was the center of the Bailey Delavan neighborhood -  a place where families could come together to be nurtured both spiritually and in their community life.  This created bonds that last a lifetime.

The church held its final mass on January 1, 2008.  It was a very sad and painful time for the thousands of parishioners and students that had called St. Gerard's home for so many years.  Although the church has been closed for  over eight years, there is not a week that goes by that a connection to St. Gerard Church is not made.  Everyone has a story to tell about their experience at St. Gerard's Church and school.

Here at Gerard Place, we would love to hear from you and learn more about you and your experiences.

Please come for a visit and tour your old school, and witness the old parish hall/lyseum being transformed into the new Gerard Place Community Center. 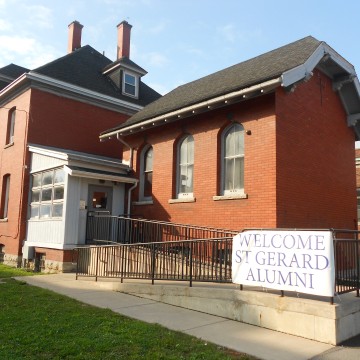 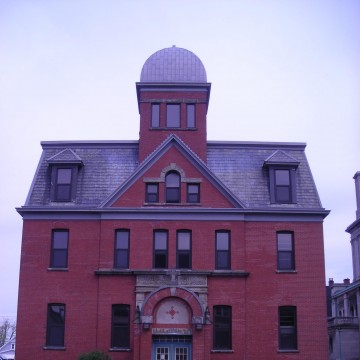